Monsters, Tremors, and Demons, OH MY!

I had attended the very first Monsterpalooza back in 2009, and after easily making my way around the show, I didn't expect to wait in line for over an hour to get into Monsterpalooza 2011. The Fire Marshall threatened to shut the event down while the line wrapped around the side of the Burbank Marriot Convention Center. Ghouls dressed as zombies and swamp monsters were just as frustrated as the humans awaiting entry, but we made the best of the beautiful day and soaked up the sun (vampires excluded, they grabbed shady spots).The annual show features amazing vendors, FX artists, cinema makeup artists, horror movie actors, and even has a museum where you can tour through an all-star lineup of movie creatures and sculptures. An amazing sculptor and painter, Tim Gore had a booth this year adorned by eyeballs and human teeth, while artist Jason Hite showcased his illuminated and intricate sculptures that give me bad dreams of when robots take over the earth and harvest humans for their organs. Oh we all know it won't happen, right? *awkward chuckle*

I would suggest anyone that enjoys creepy artistry and horror flicks to check out Monsterpalooza next year. They're convinced they will have it at the same venue. *cough* let's hope not *cough*

Here's a drawing I finished a few weeks ago that I felt would be perfect in accompanying a few photos I took at Monsterpalooza . He's cuddly, ain't he? 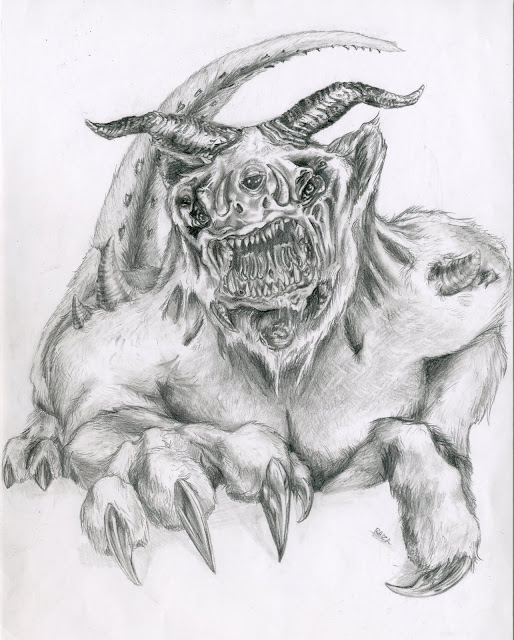 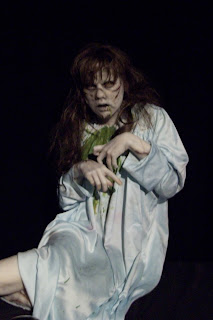 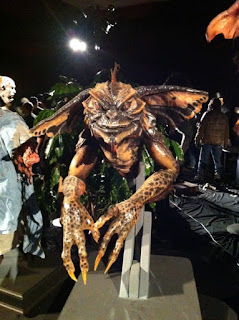 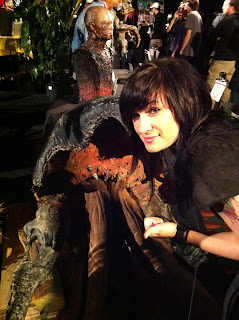