Oil Painting of Fetal Kitten for "Rescue Me" 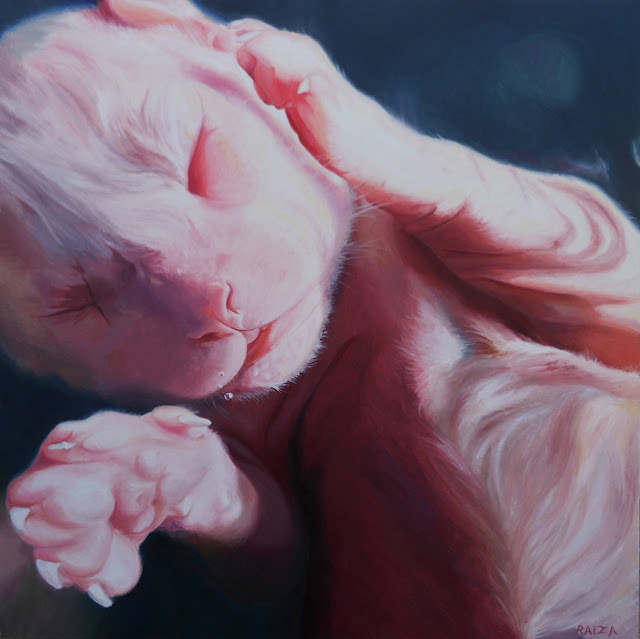 This painting features a fully developed white fetal kitten seemingly in utero. I wanted to create an image that initially strikes the viewer with sentiment. The illusion of the womb-like environment brings the viewer into a maternal state, coveting the delicacy of the subject. These emotions are almost immediately replaced by angst when epiphany takes place that this beautiful being may no longer be living, which in fact, it is not. The subject of this piece is a feral kitten, aborted in the womb when it's mother was turned in for a routine spay, her babies aborted to prevent unwanted feral cat populations. Such a topic is highly controversial yet overlooked by many, as millions of homeless animals are overlooked by the public and euthanized due to overpopulation every year. This piece illuminates the very thin boundary between life and death while paying homage to those forgotten upon our path as humans.
-Cody Raiza